The Great Hunt is kicking into high gear over in the Marvel Spider-Verse comics, and over here in Spider-Man Unlimited, it’s no different! In honor of her huge role in the unfolding Spider-Verse storyline, we’re bringing Spider-Girl into our dimension!

After Spider-Girl and her younger brother Ben are attacked by the mysteriously powerful Inheritors in their own dimension, Spider-Girl is worried that she’s not the only Spider being attacked… Brought into our dimension, she quickly realizes that with so many Spideys around, these powerful beings will no doubt resurface soon. She has to fight her way through New York and take down the Sinister Soldiers, with the ultimate goal of finding the Inheritors before they find the Spiders!

And it seems her suspicions were correct, as Morlun draws closer to Spider-Man Unlimited…

Who is Spider-Girl?!
The daughter of Peter Parker and Mary Jane Watson Parker, May “Mayday” Parker was a standout high school athlete who knew nothing of her father’s heroic past until her own powers started to develop when she was 15. Around this time, Normie Osborn, grandson of the original Green Goblin, assumed his grandfather’s identity and tried to get revenge on the Parkers. May donned Ben Reilly’s old costume and became Spider-Girl!

Check out Spider-Girl's events and keep an eye out for even more great Spider-Verse characters swinging your way soon!

New Recruit Event: “Girl Power”
Date: November 6th – 9th
Details: Finish at the top ranks to win Spider-Girl!
Tip: This is a new event type! Use any Spidey in your collection as you attempt to defeat the most enemies.

Buff Event: “Like Father, Like Daughter”
Date: November 10th - 12th
Details: Rack up huge combos and earn Spider-Girl as the progression reward. Plus, earn the highest score to get a Premium Portal + 75 Iso-8!
Tip: Participate in the event using Spider-Girl to get a score bonus! 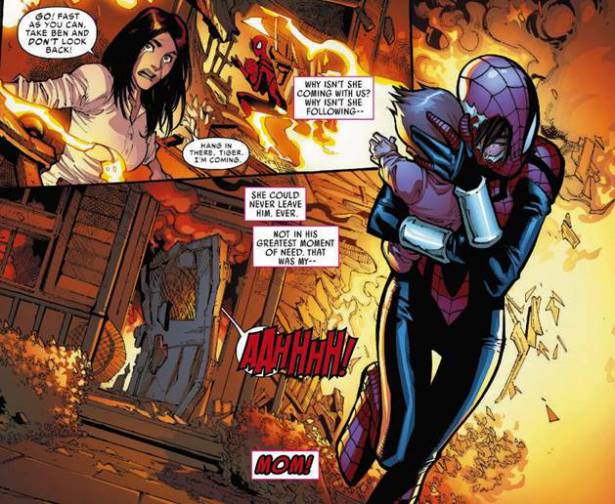